No, not the type with flappers. I was Googling last night and was excited to find this book: Seals by Walter de Gray Birch.
Here's the seal of Eleanor de Clare, heroine of The Traitor's Wife, and her second husband, William la Zouche. Eleanor's, of course, is the second one. (Look at the end of the post if for some reason Google's not letting you see the images below.) 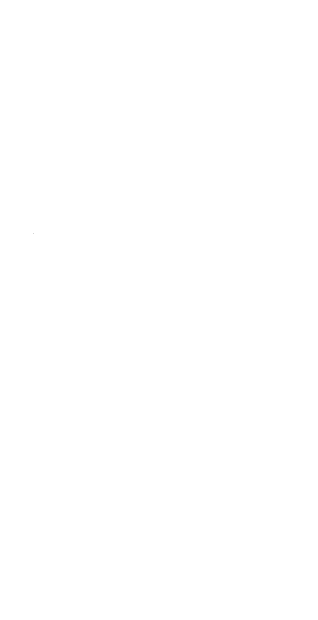 And here's the seal of Eleanor's eldest son, Hugh le Despenser the even younger (died 1349), the hero of Hugh and Bess: 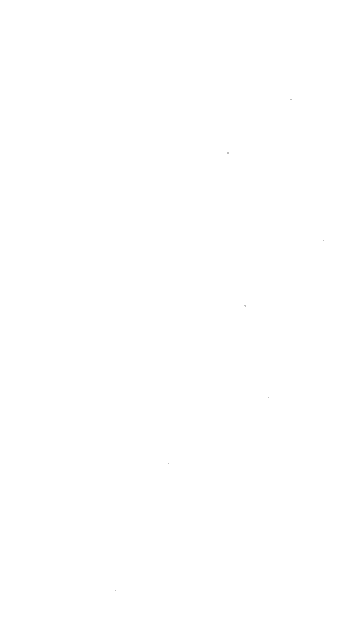 Neat, eh? Zouche and Hugh, of course, are shown with their coats of arms, while Eleanor has a shield with the lions of England (reminding us that she was a granddaughter of Edward I) and another with the arms of Clare (her father, of course, was Gilbert de Clare, Earl of Gloucester). 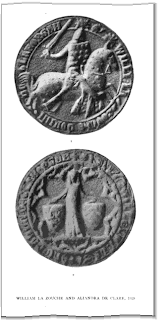 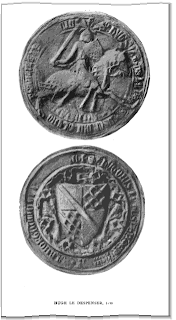 Posted by Susan Higginbotham at 9:59 AM

Are there supposed to be pictures? There is nothing but blanks between the quotes when I pull up your blog.

There should be pictures. I can see them on my work computer--maybe your computer blocks them?

I can't see them either.

I see them and they are super cool! Thanks for posting.

If you couldn't see the pictures earlier, see if you can see the ones I added at the end of the post.

Glad you liked them, Amy!

I enjoyed seeing those!! Thanks!

The pictures at the end of the post show up, but like everyone else I can't see the first set. Weird.
Did Hugh the Even Younger have two seals?

Nan, I'll have you know Merriam-Webster does let me say "flapper" or "flipper" ! Though I was probably thinking of the "Simpsons" episode where Marg is inspired by a painting of a whale to write a novel and starts off with the line, "The whale was flapping his flappers."

Carla, both seals have two sides--so William is one side, Eleanor on the other, and Hugh's mounted figure is on one side and the arms on another.

Re the first set of pictures, I I think it may be that some Google books that we can see in the US can't be seen abroad, and vice versa.

Well just don't call penguin wings flappers. They are very sensitivce about that. They also believe the term "bird flu" is some king of crack about glightless birds.